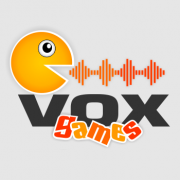 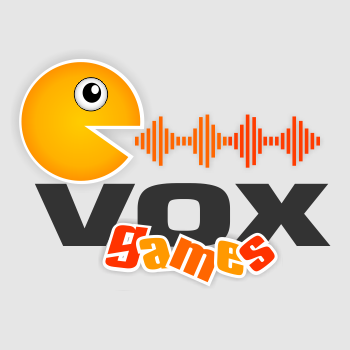 VoxGames is a pack of 25 games specially developed to clinical therapy, with the aim of stimulating the voice and speech modification in children and teens, for the purpose of promoting a better production and control of various parameters.

- Attractive strategy, which transform the therapy in a stimulating activity with the use of high resolutions games, while the patient involves in a fun activity, correcting his/her voice and speech production deviations.

- Easy to use even to the client as to the clinician.

- VoxGames allows analyzing the statistic data of the client’s emissions, with the use of graphs and reports that can be printed.

- Great variety of activities to diversify the clinical work.

- Visual feedback, in real time, of the client’s production, which stimulates to improve the voice and speech production abilities, converting an abstract process into an observable reality.

The five modules to the vocal practice are:

Each module contains five different games to therapeutic work. All the games show in real time the values like Pitch, Loudness, Voiceless/Voiced, in a clear way to guide the patient and the Speech Language Pathologist in the therapy.

The control of loudness is worked in the dimension of weak and strong. The therapist must teach to the client how to control the changes in loudness, what is visible noticeable through the response in real time to the vocal production. For instance, the client controls the “ witch’s flight” increasing or decreasing the loudness of his/her voice.

Using this module, clinicians can help the children refine pitch control. The therapist can configure the interval on the desired one to work with. During the game a graph will be presented indicating the real pitch and if it is in the valid range. If the client varies the intensity and not the pitch, the character will not move, helping the client to distinguish the different characteristics of the speech.

In these games the clinical has a range of tools, which aims the increase in the length of segment emissions. Controlling the phonation time, the client conducts the character in a way to capture prizes and avoid obstacles. The obtained results by the client in each game will be stored so that his/her report is composed.

During the games, the client will receive points if he/she hits the targets by shooting through the control of his/her voice (it can be used to control the voice onset or emission of plosive sounds). At the end of the game, it will be shown the obtained score and the best results will be stored so that the client feels motivated to break his/her own records. 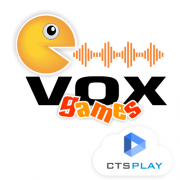 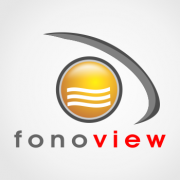 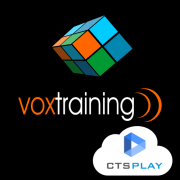 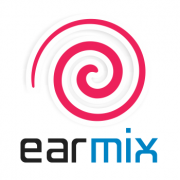